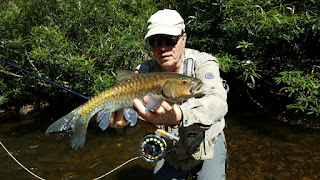 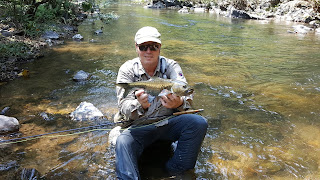 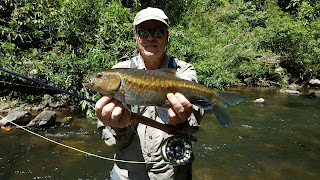 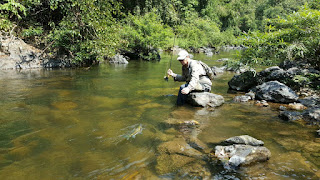 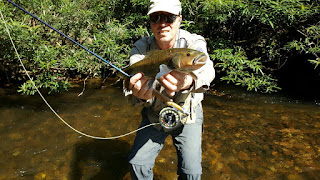 Back to Cheow Lan

The last two weeks I have spent most of the time in the rivers and streams flowing into the Cheow Lan reservoir in Surathani Province in Southern Thailand. Had some great fishing with many good anglers, and seen some amazing wildlife. One of the most bizarre things that ever happened to me during a fly fishing trip was when a small mouse deer came swimming down streams when my friend casted on a nice Mahseer, it passed us and went down a water fall, we did not see it after that, but the Park ranger said it survived. Here comes some mixed pictures from the last weeks. 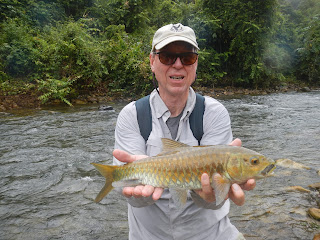 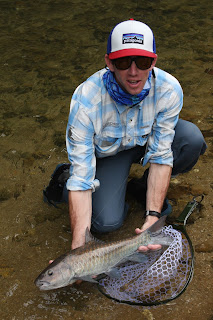 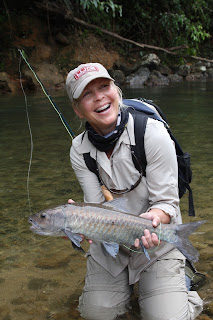 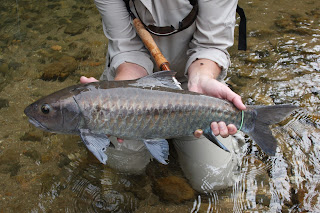 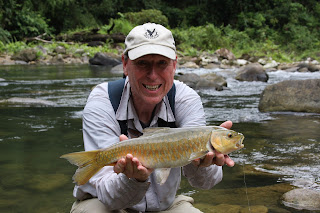 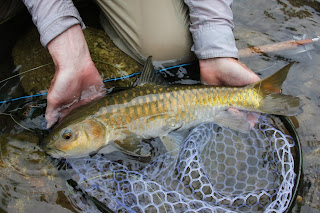 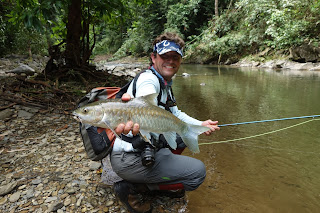 Mahseer season has started in the south. 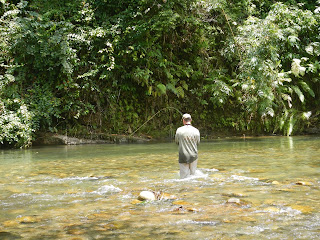 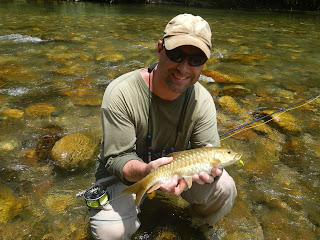 Fished last week in the Cheow Lan streams and the action was mostly non stop on big dry flies, best day I released 40 Mahseer. The El Niño this year results in clear rivers and streams, and easy wading.

Posted by Unknown at 1:13 AM No comments: 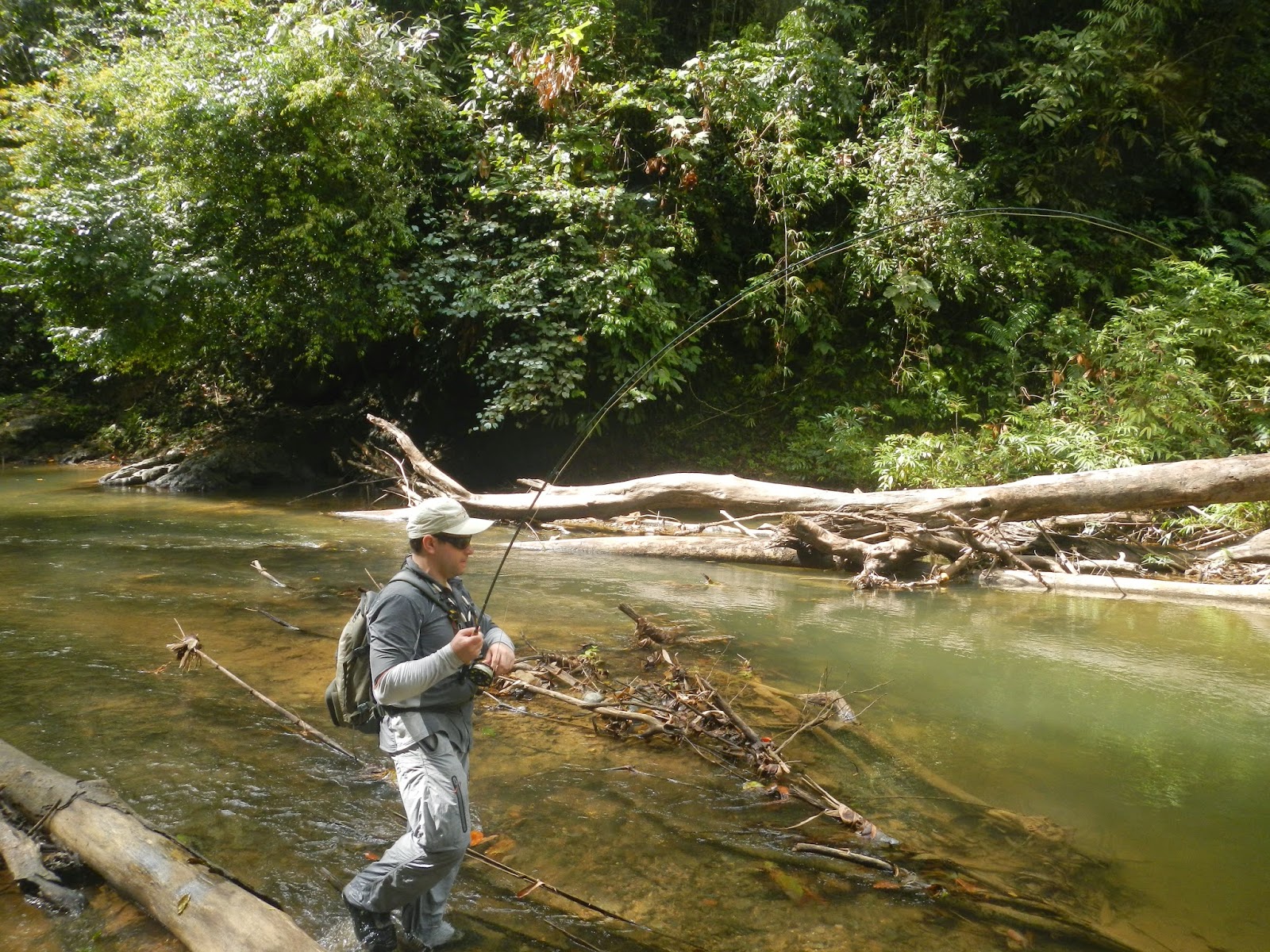 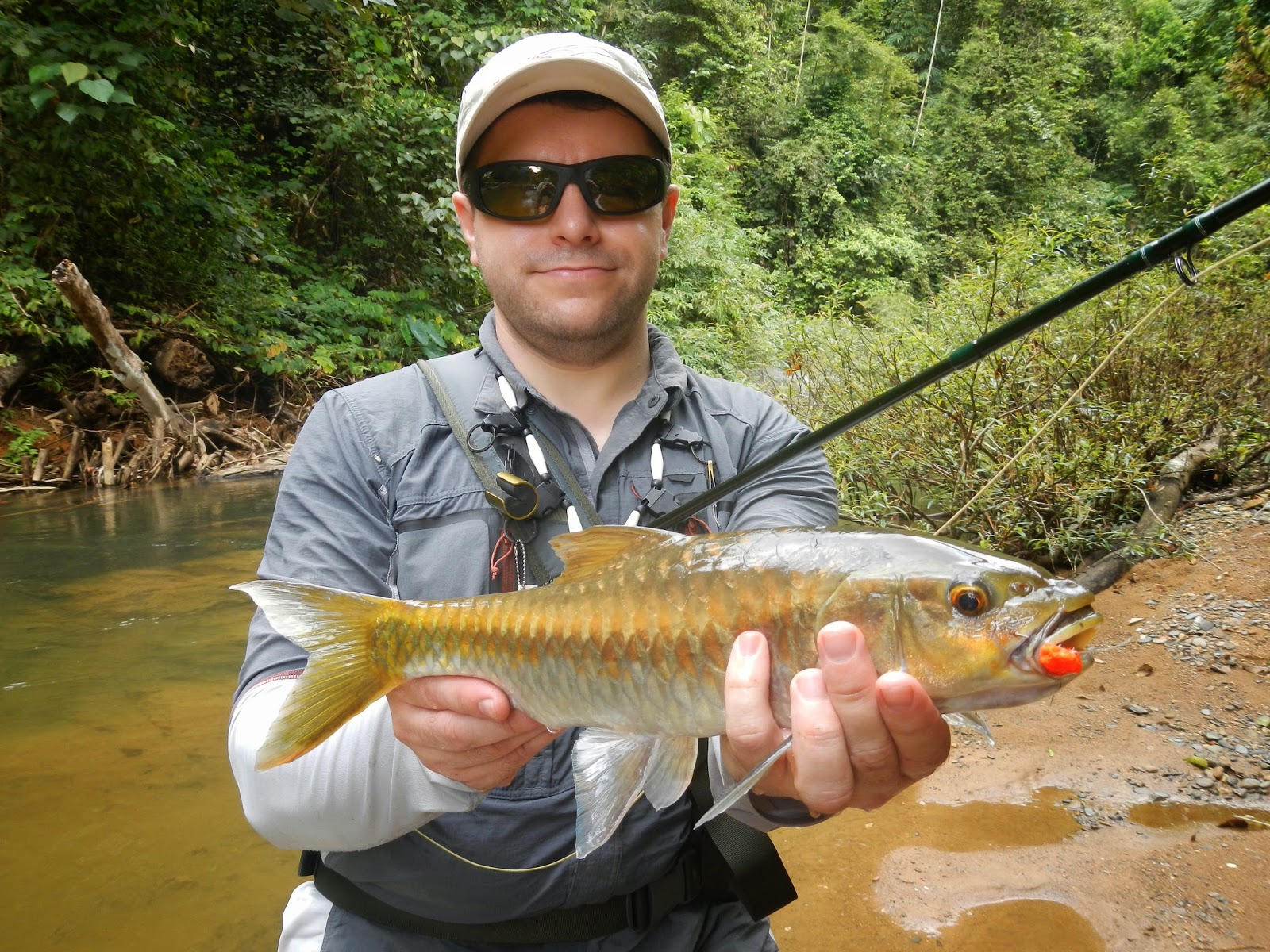 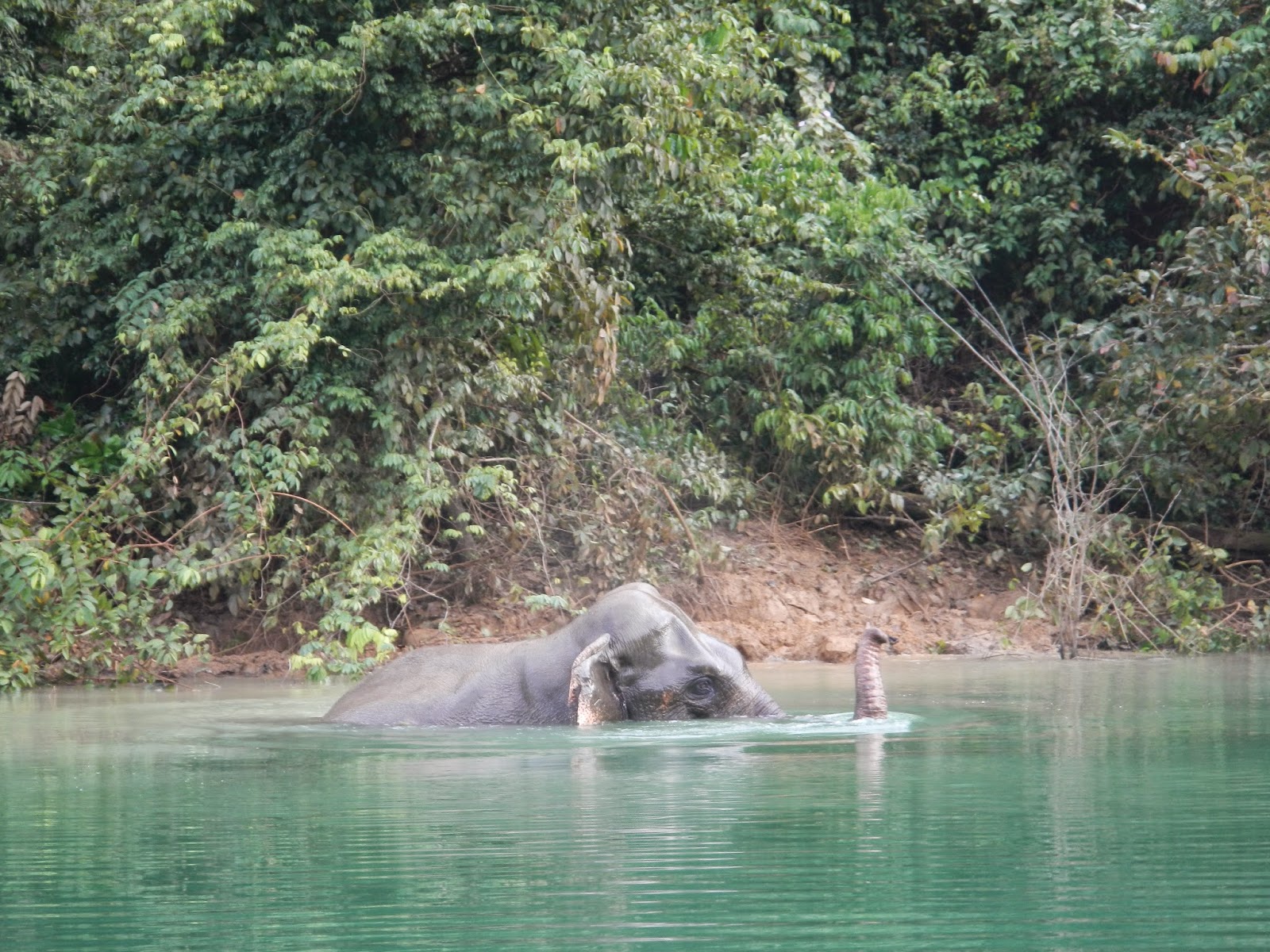 Posted by Unknown at 8:38 PM No comments: 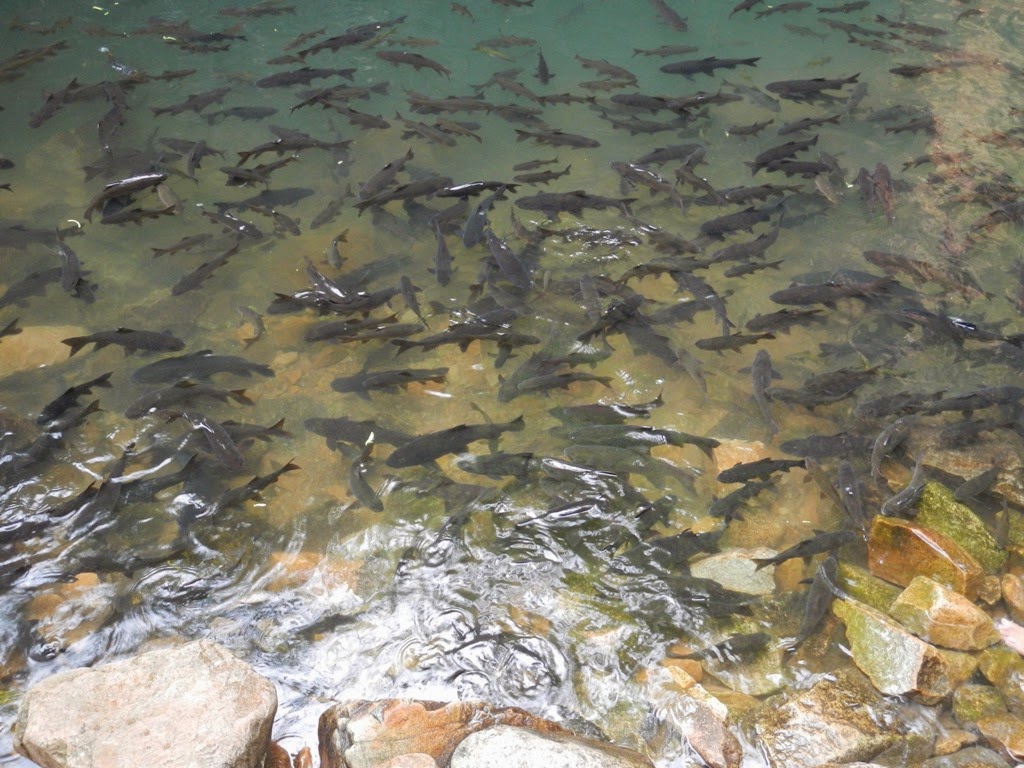 Took my family to a waterfall in eastern Thailand for a swim last weekend and what a place it was! If there is a Heaven for a Mahseer angler this must be it. Place was full of Soro Mahseer (Tor Tambra), biggest fish I saw was around 8kg size.
Posted by Unknown at 5:20 AM No comments: 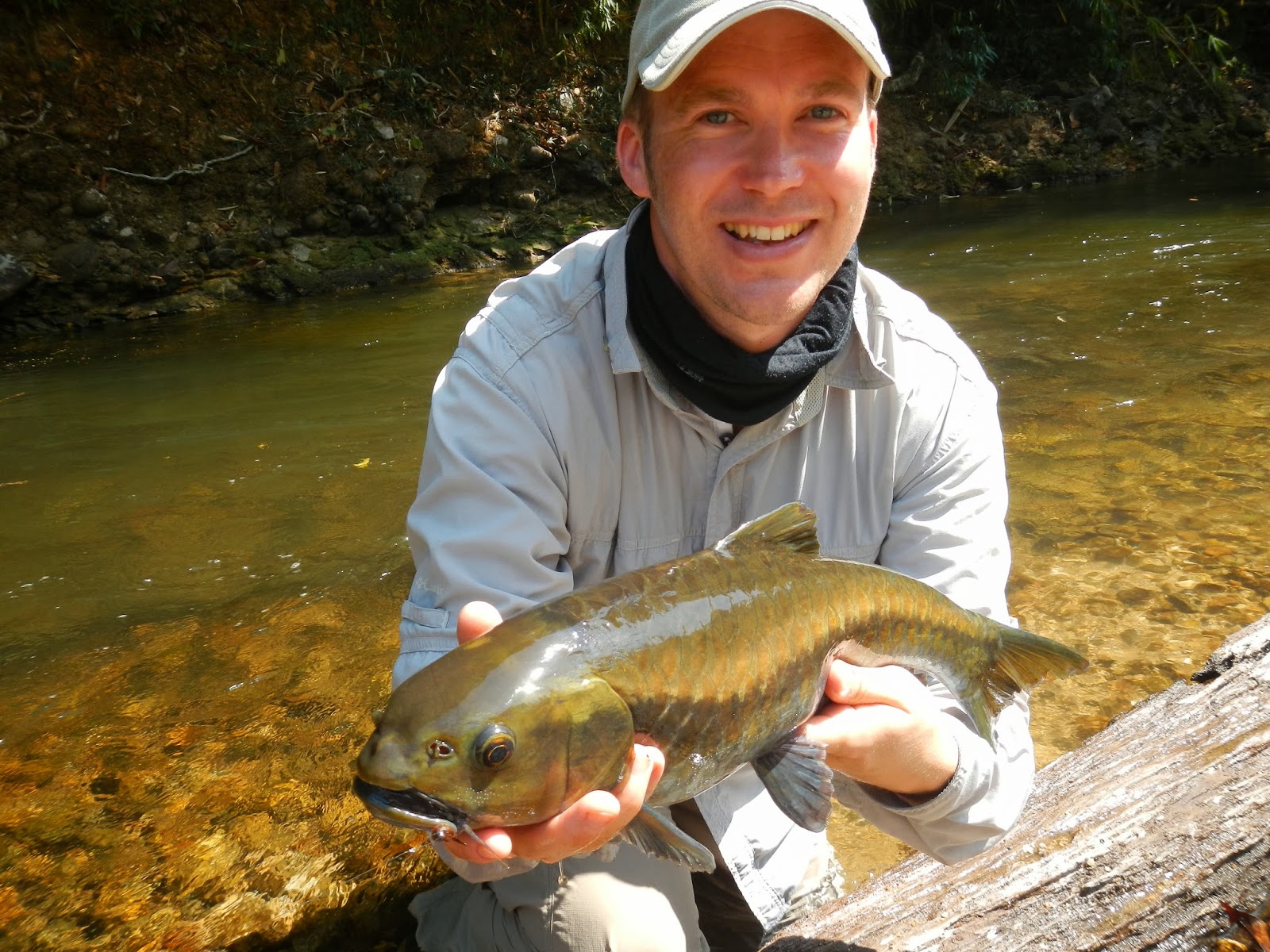 5 days/6 nights Headwater Mahseer Fly fishing trip to the pristine rivers in the Cheow Lan area of Southern Thailand. We only accept max. 2 anglers on this trip and this is the absolute peak season to fish these waters. An average good angler will catch 15+ Mahseer per day here and big fish are available. The trip includes: Airport transfers from Surathani Airport (Many daily flights from Bangkok with Nok Air, Air Asia and Thai Airways) to Cheow Lan, Boat with crew and fuel on the Cheow Lan reservoir, English speaking experienced Mahseer fly fishing guide, all flies (tied in our own Thai based Fly studio) top of the line fly rods and reels, camping gear, all meals and drinking water and national park fees.
The following dates are availble: Nov. 3-8. Nov. 10-15, Nov. 17-22.  The cost for the trip is: 63.000 THB (approx. 1900 US$) for one angler or if you are two 68.000 THB (approx. 2080 US$)

Contact me at: typhoontackle@yahoo.com if you want to experience some of the world’s finest Mahseer dry fly and nymph sight fishing during the absolute peak season in this nature paradise destination. 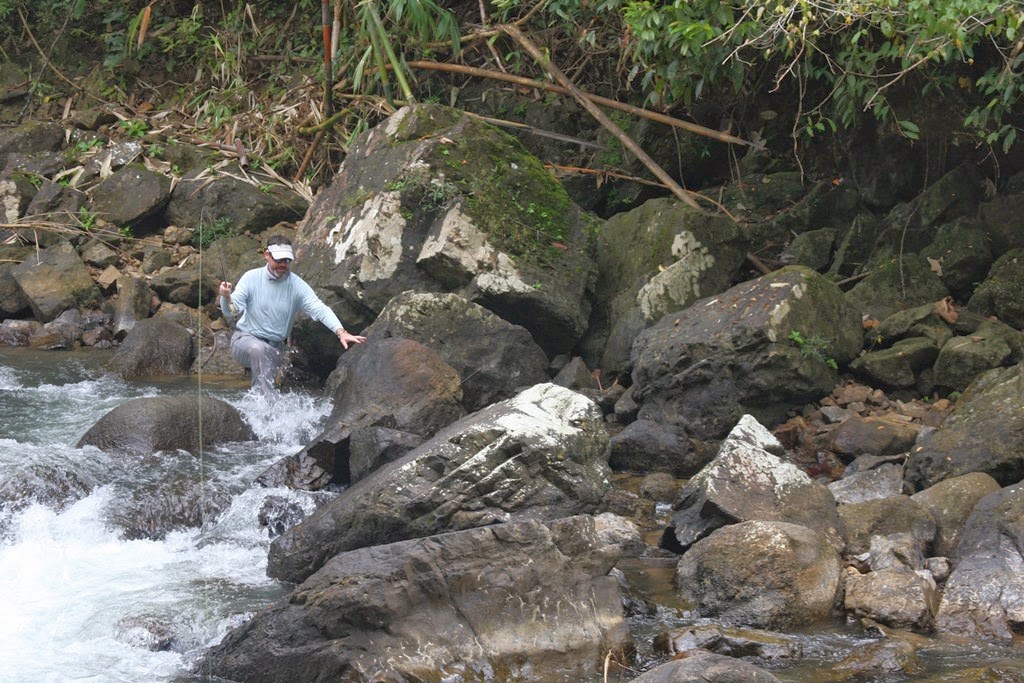 A Mahseer for Christmas 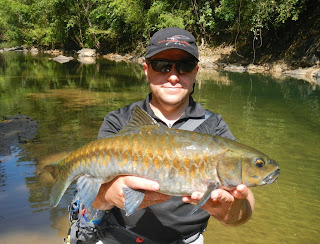 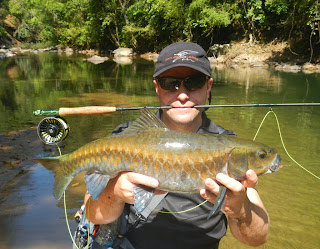 Santa was nice to Alexander this year,  the beautiful Stracheyi Mahseer above was caught far up in one of the Cheow Lan area rivers on a dry fly.

Posted by Unknown at 4:33 PM No comments: