Restoration of the Mahseer Rivers in Asia

Many of the rivers in India, Nepal, Burma, Laos, Thailand, Indonesia and Malaysia used to have very healthy Mahseer stocks, Today, the odds are stacked against the Mahseer, mass harvesting with gill nets, all kinds of traps and hooked lines stretched across rivers, locals using electricity or diluted pesticides or even bleach and dynamite to catch fish with! They bag all the fish there is on offer, even the smallest ones, often wiping out all life for kilometers downstream. In Malaysia and in Indonesia the natural rain forest have been cut down to make place for Oil Palm plantations and when there is no more rain forest the rivers will be full of silt after the heavy monsoon rains and the Mahseer will disappear. Another big problem for the Mahseer is the hunger for hydroelectric power in Laos and northern Burma, Chinese and Thai interests want to dam almost every big river there, cutting of the spawning runs for the Mahseer. Most of the rivers that still have healthy Mahseer stocks are located in National parks or far from civilization which makes them hard to poach. 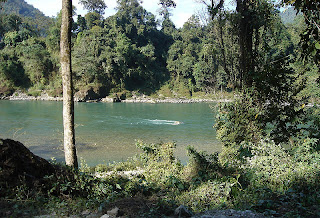 But there is light at the end of the tunnel; after many years with empty rivers, villagers and local authorities in the valleys have finally understood that a new strategy is urgently needed to protect their rivers. Western Ramganga River in Uttarakhand state of India, Babai River in western Nepal and Manas River flowing trough eastern Bhutan and Assam state of India have all banned poaching but allowed sport fishing only, on catch & release basis. This is both a sport fishing conservation and an Eco-tourism project. It is based on a business / community partnership between anglers, fishing guides, local tour companies and the local population with National Park officials as protectors in an effort to establish a sustainable tourism-based income for the local people and to restore the Mahseer stocks. The primary objective is community development by helping the local people utilize their fishery resources in a sustainable manner. We catch and we release. 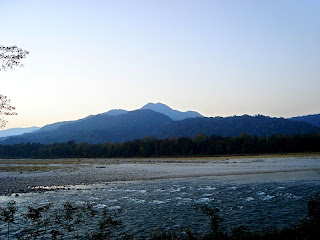 Fish stocks within the established protection zones can be managed to generate revenue for the villages with minimal impact on the villager’s traditional way of life. Here, your fishing dollar can make a very big difference to the welfare of the communities in the valleys! A good part of every dollar you spend goes directly to the local people for personal and community projects. In addition, local villagers are being trained as guides, chefs, boatmen and helpers; thereby the money reaches the broadest range of people. We believe this will be helpful to the local people, the Mahseer stocks and for all Mahseer anglers and can be copied to many Mahseer rivers around Asia. Our goal is to save one of the world’s greatest freshwater game fish from extinction and to create jobs for the local villagers in a sustainable way, we are happy for all kind of help and support to make this happen. 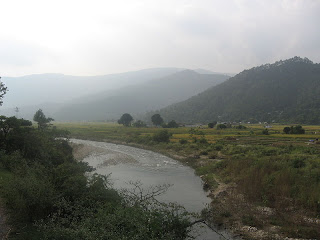